Own Your Own DNA Machine

Spoiler alert: this machine is designed to diagnose medical problems, not to determine one’s ancestry. However, if this technology becomes available at much cheaper prices than ever before, who knows what may be announced in the future? 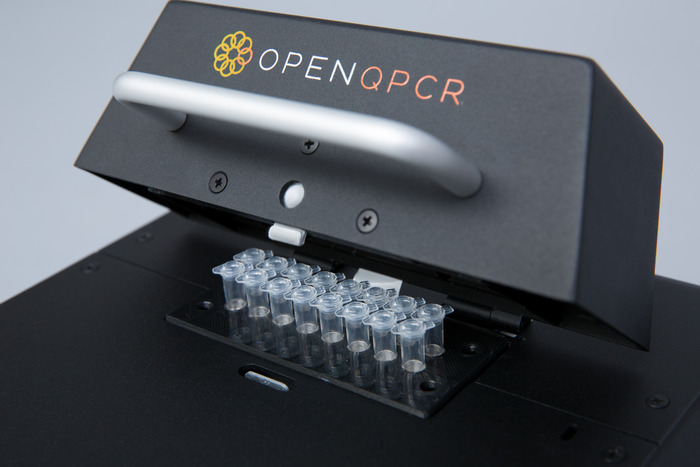 The Open qPCR is disrupting DNA diagnostics. The aim of the project is simple: Chai Biotechnologies wants to make this essential technology available to everyone, including doctors in developing countries, students in high school and university labs, companies in the food supply chain, and biohackers who are developing some of the most innovative synthetic biology applications.

Real-Time PCR (Polymerase Chain Reaction) is a powerful technology that has been in use for some time. DNA systems using Real-Time PCR can detect foodborne contaminants like E. Coli and Listeria, as well identify fraudulently labeled food products. It’s used to diagnose infections such as HIV and Malaria. Real-Time PCR can also identify genetic mutations that increase our likelihood of cancers, such as those within BRCA1. It’s a fundamental tool of biological research, and has literally thousands of other applications too long to list here.

However, with machines costing $20,000 and up, Real-Time PCR (also known as qPCR) is simply unaffordable where it is needed most. Josh Perfetto and the others at Chai Biotechnologies aim to change all that with Open qPCR, a system available at a fraction of the typical cost of the normal Real-Time PCR machines. They hope to sell the Open qPCR for $1,499.

The new Open qPCR is an open-source instrument that can perform the above mentioned tests, but costs less than a tenth the cost of other commercially available systems.

Open qPCR will offer the following: 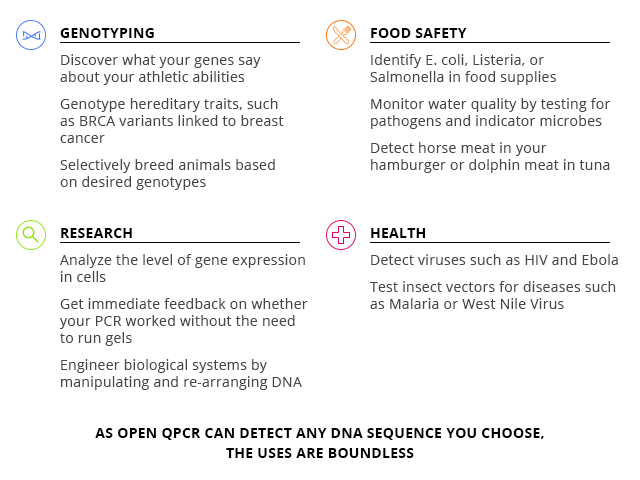 The new Open qPCR exists today only as a a few hand-built devices sold to early adopters. Chai Biotechnologies has now launched a KickStarter campaign to obtain funding to start mass production. I would guess they have a good chance of success. Chai Biotechnologies opened a KickStarter campaign on November 3 with the hope of obtaining at least $50,000 in the 30-day campaign. Today, after 3 days of the campaign, $64,350 has been raised!

Yes, that’s right, Chai Biotechnologies met the goal in less than 3 days and still has 27 days to go. This should be interesting to watch!

An interesting concept. I think they will have a significant uphill battle in getting approval to market it as a diagnostic tool.

Wow! What else can be said!

Interesting, but I see nothing about following CLIA regulations or getting FDA approval. It would be at least a moderate if not high complexity instrument. Also if the instrument can withstand the cleaning requirements for HIV or Ebola testing

Too expensive for me!