Proposed Elimination of the Genealogy Department at Indiana State Library 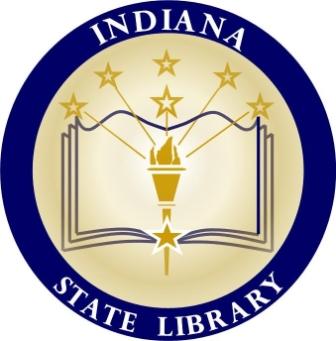 This could be a huge loss to genealogists: the new Indiana state budget bill proposes a 24% cut in funding to the Indiana State Library. This proposal would eliminate the Genealogy Department, as well as reduce the staff at ISL by 10%.

The Indiana Genealogical Society has posted information about this on their blog, and includes links to an analysis by the State Librarian, the contact info for the House Ways and Means Committee, and committee chair Rep. Timothy Brown. You can read more about the proposal at: http://indgensoc.blogspot.com/2015/01/proposed-elimination-of-genealogy-at.html.

My thanks to Amy Johnson Crow for telling me about this proposed loss to genealogists.

I have used this facility many times and hope to use it again. I do not know of any place else that has such a wealth of Indiana specific resources, including microfilm of unlic records, Indiana newspapers, books for every Indiana county, and many other resources that are not on the web.

The politicians are constantly bloviating about the importance of education. How do they expect the public to be educated if they curtail the libraries? Or maybe they really do not want a thoroughly educated public.

This has not even yet been mentioned in the Indianapolis Star. The ISL owns materials not owned even by the library at Fort Wayne.

Never used this resource, but any time library funding gets cut, for any reason, we as a country become more stupid.

Since I had a lot of Indiana ancestors, I travel there often to do research. I was just at the State Library last summer. It’s a wonderful place and the staff so helpful, and I plan to go back this summer. I find the trend of deep cost-cutting and department elimination at our most important cultural and historical institutions quite disturbing. I have written to Rep. Brown, and I hope many others will, too. The legislature needs to hear about the millions of genealogists in this country who travel to and spend a lot of money at their destinations. These assets they treat so cavalierly are of vital importance to us and need to remain accessible.

We have come dangerously close to having this happen here in PA with our Pennsylvania State Library in Harrisburg. It too has a genealogy section with a wealth of material, not just for PA, but for other states as well, and is where I started my family research journey 40 years ago! The library is under the Dept of Education, and cuts there have forced a drastic cut back in staff and hours. Gov. Rendell started it, and justified it by saying “the public never uses that library, it’s only there for State use”. His cuts forced the library to cut public hours to 2 weekdays, during normal working hours which wasn’t helpful to those of us who also had regular jobs too. Under Gov Corbet they added another weekday, and finally, last year, they were able to juggle staff and $$ to open ONE Saturday a month! Not great, but better than nothing!!

I lived in Indianapolis for 43 years and used this section of the library often. Since I worked a block away at another state agency I often went over there on my lunch hour. None of my ancestors went west of Vermont or south of Connecticut but they did have a good collection from the New England States. My DAR chapter went there on Wednesday afternoons and help people with there genealogy back to their DAR patriot. Since most people had Indiana heritage they utilized the vast Indiana resources at the library.
On a non-genealogy note I remember utilizing the military section of the library for a report that my son did in high school. It was a text book that was used at West Point. Not something that could be found at most libraries.

All the blah blah blah in local papers about how Indiana students lag in test scores and how the governor and politicians promise to provide funds to upgrade educational standards are just of the same-politics and promises. I haven’t seen anything about this in the South Bend Tribune-nor has it been made public on Indiana news. It’s definitely sad news when any library is closed. I hope legislators receive enough criticism over this to reinstate funding.