A Weekend at the Auckland (New Zealand) Family History Conference

I must say that I had a pleasant 3-day weekend in Auckland, New Zealand. I attended the annual conference of the New Zealand Society of Genealogists and even had the opportunity to make several presentations myself. This was a major conference. I never heard the final headcount but I estimate that 500 or maybe 600 genealogists were in attendance.

I was especially impressed with the international “flavor” of this conference. In addition to myself, conference speakers included:

Ian Waller from England was the keynote speaker;

Neville Thomas from New Zealand spoke on The British in India;

Judy Russell from the USA spoke on legal issues and advanced genealogy research techniques and considerations;

Diahan Southard from the USA made several presentations about using DNA to assist your genealogy research;

Fiona Brooker from New Zealand spoke on online, digitized newspapers as well as on Looking at the digital world we are living in;

Seán Brosnahan from New Zealand spoke on Irish and Scottish families that settled in New Zealand;

I spoke on Using Online Genealogy Programs, Mobile Apps for Genealogy, Using MyHeritage.com effectively, and Find Genealogy eBooks For Free And For Pay.

The complete list of presentations may be found at: https://www.genealogy.org.nz/Programme_1575.aspx.

The conference also offered an attractive exhibitors’ hall that was rather busy much of the time. You can see that in many of the pictures I am enclosing. 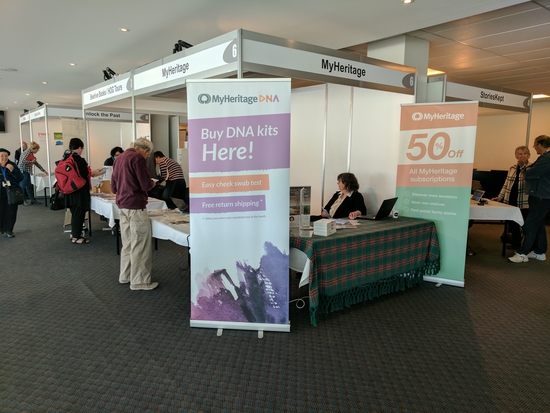 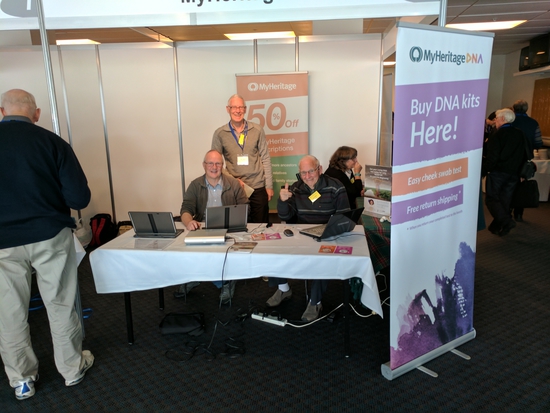 The conference was held at the Alexandra Park harness racing track. A genealogy conference at a horse racing track? Actually, it worked great. The track is obviously set up for all sorts of events. We had very large conference rooms, no less than three (count them: THREE!) banquets on the three evenings of the conference, two or three separate restaurants and coffee shops, and several bars. 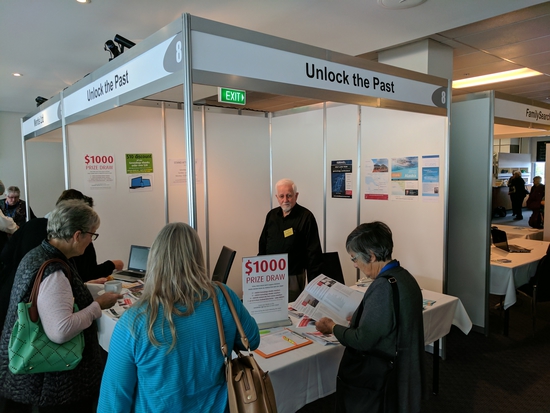 Alan Phillips of Unlock the Past

One bar was inside the conference exhibits hall which made it pleasant to wander amongst the vendors’ stands while holding a glass of wine. The same exhibits hall featured a lot of tables and chairs where attendees could sit and talk. 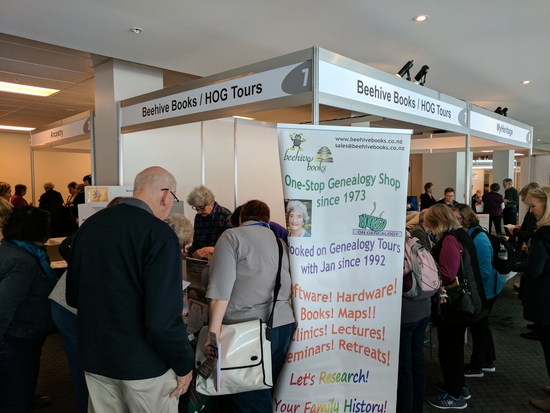 Jan Gow is barely visible in the Beehive Books stand

My personal highlight occurred at the Friday evening banquet which was held during the races. Conference attendees could sit at dinner and watch harness racing through huge glass windows while we sat in heated and air conditioned comfort.

During the evening, my name and the names of several other conference attendees were drawn from a hat and we were then escorted to the annunciator’s (I would have called him the announcer) office on top of the grandstand. What a view of the race! We watched as the announcer called the race. If you have ever been to horse races or have watched them on television, you have heard the announcer’s description of the race in progress, We got to see and hear the announcer and to see what he sees. He obviously had the best seat in the house! He also was quite chatty with the rest of us between the races.

VIEW FROM The ANNOUNCER’S BOOTH  as the horses crossed the finish line.

All in all, if you were not at the 2017 annual conference of the New Zealand Society of Genealogists, you missed a great event. However, if you live in New Zealand or are able to travel to New Zealand, you might want to make plans now to attend the 2018 conference to be held in Christchurch on 1 through 4 June. I suspect information about that event will start to appear within a few months at https://www.genealogy.org.nz.

Right now, the same address of https://www.genealogy.org.nz contains information about the New Zealand Society of Genealogists and the conference that was just completed. You can read more at that web address. You can also see some of the activities in my pictures that are included in this article. 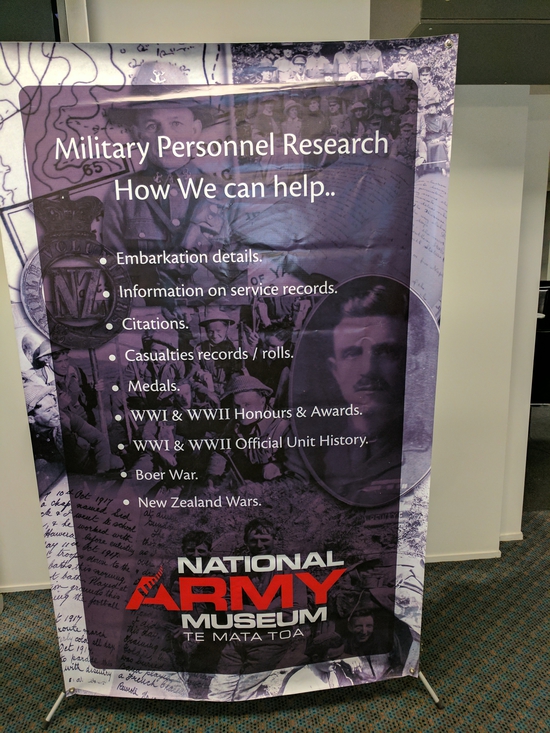 As for me, I am flying tomorrow to Sydney, Australia.

Instant Archive Kiosk – Place a document, letter, picture, or other object INTO THOS MACHINE and save a digital image of the item 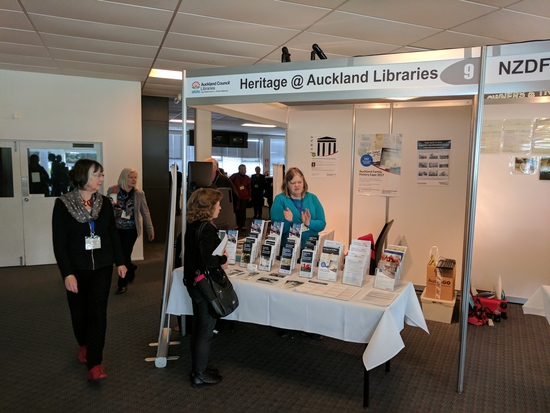 I enjoy your daily “genealogy” newsletter, but think you are having “way-too-much fun” (smiling) – and I am so envious!!!!

Sounds like a great event, Dick. Lovely surroundings and certainly interesting speakers from your information here. Wish I had some NZ ancestors!

Great to see you again Dick – hope you found the new hat before you left. Certainly was a great and inspiring conference celebrating the New Zealand Society’s founding 50 years ago. Amazing event 100% organised by volunteers.
The 2018 Conference celebrates 50 years since the founding of the Society’s Canterbury branch – and knowing the folk living on the mainland they will be keen to show us all how well they are doing since the earthquake. So hope as many will head along and see the new Christchurch, as well as meet the very friendly locals aka “mainlanders”. Am sure the speakers list with be just as outstanding. 🙂