rootstrust is now interoperable with Evernote®

The following announcement was written by Atavus, Inc.:

Atavus, Inc. announces that its multiplatform genealogy program, rootstrust, now supports interoperability with Evernote. In the latest version of rootstrust, users can optionally use Evernote as a primary or secondary repository for imported files and website links. 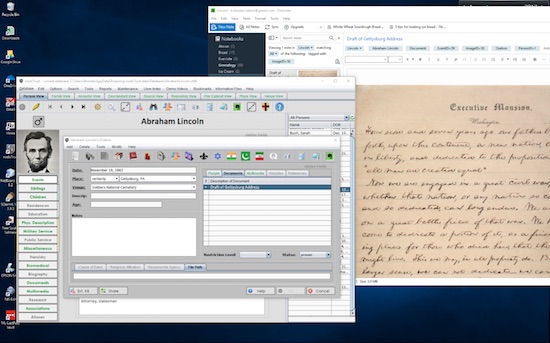 Evernote is a multiplatform app for taking, organizing and archiving notes where a ‘note’ can be virtually any file or website link. To take advantage of this interoperability between rootstrust and Evernote, you must first have an Evernote account. You can start with a free account and upgrade to a Plus account or to a Premium account, as you require more storage space. Windows and Mac OS users also need to download and install the free Evernote client program for their operating system. Since there is no Evernote client available for Linux, rootstrust will soon (next release) provide its Linux users with an Evernote-like extension to rootstrust.

If you are using rootstrust with Evernote, the Evernote interoperability can be toggled on and off by clicking the Evernote button on rootstrust’s main toolbar or the toolbar of its Event detail form. When active, Evernote will list any ‘notes’ that you have linked to the currently selected rootstrust object (Person, Family, Event, Source, Place, etc.). The first item in the list will be displayed. For terminal objects like documents or multimedia files, the selected item will be displayed.