The following announcement was written by the folks at TheGenealogist:

TheGenealogist is adding to its Military Records collection with the release of more than 1 million entries for people recorded in the [UK] Second World War Casualty Lists. Sourced from collection WO 417 held at The National Archives, these documents contain records from the war years of 1939 to 1945 and list casualties sustained by the British Army during the Second World War. There are volumes for Officers and Nurses, with separate volumes for Other Ranks. The Casualty Lists were compiled from daily lists that had been prepared by the War Office Casualty Section and cover the various expeditionary forces deployed in different locations across Europe, Africa and Asia as well as for personnel at home. 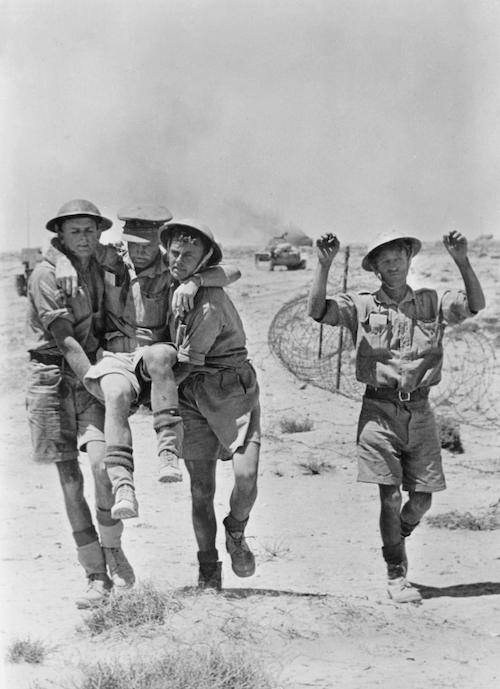 WW2 Casualty Records will give family history researchers details of ancestors’ names and regiment as well as ranks and service numbers for those recorded. The World War 2 casualty lists contained more detail than their WW1 counterparts and often list the date of the casualty (as well as the list date), plus other information such as the unit a soldier had been serving in at the time.

Included in these lists are those who had been unaccounted for by the military, been dangerously ill or injured, captured as a Prisoner of War or died. The records include troops who had been serving in a number of places across the world, but also cover personnel who had lost their lives, were injured at home or were serving at an overseas station outside the theatres of war. Updates and corrections appear in the records as new information was received by the War Office.

These records allow a researcher to use TheGenealogist’s unique SmartSearch by simply clicking the magnifying glass at the bottom of the transcript. This will automatically search for any other records relating to that person. For example, if they were a Prisoner of War this will return other records from TheGenealogist’s military collection, including PoW records that reveal what camp that soldier had been recorded in.

If a person had died, you also get a smart link to the Commonwealth War Graves Commission (CWGC) which brings up details of their war grave, with further information.

TheGenealogist is an award-winning online family history website, who put a wealth of information at the fingertips of family historians. Their approach is to bring hard to use physical records to life online with easy to use interfaces such as their Tithe and newly released Lloyd George Domesday collections.

TheGenealogist’s innovative SmartSearch technology links records together to help you find your ancestors more easily. TheGenealogist is one of the leading providers of online family history records. Along with the standard Birth, Marriage, Death and Census records, they also have significant collections of Parish and Nonconformist records, PCC Will Records, Irish Records, Military records, Occupations, Newspaper record collections amongst many others.

TheGenealogist uses the latest technology to help you bring your family history to life. Use TheGenealogist to find your ancestors today!

About The National Archives

The National Archives is one of the world’s most valuable resources for research and an independent research organisation in its own right. As the official archive and publisher for the UK government, and England and Wales they are the guardians of some of the UK’s most iconic national documents, dating back over 1,000 years. Their role is to collect and secure the future of the government record, both digital and physical, to preserve it for generations to come, and to make it as accessible and available as possible. The National Archives brings together the skills and specialisms needed to conserve some of the oldest historic documents as well as leading digital archive practices to manage and preserve government information past, present and future.
http://www.nationalarchives.gov.uk/ http://www.legislation.gov.uk/