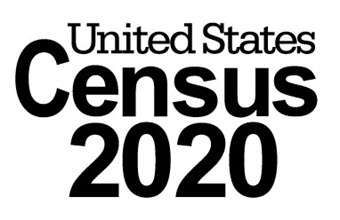 This has been a see-saw battle. For the second time, a Federal court blocked a controversial citizenship question from the 2020 census

He indicated that could impact the number of congressional lawmakers elected from each state.

A few more details may be found at http://bit.ly/2VLcXz0.

I suspect this issue will not be settled until the date of the 2020 census, if then.

The least the US Census for 2020 could do is add a voluntary sheet for those so inclined to fill out an ancestry sheet.

Sorry, this is censorship! It appeared on the census for several years. What’s the big deal. Of course I guess more important for counting all the not citizens that knowing if they are Americans or not! The lawyers in our courts need to go back to school in my humble opinion.

The question proposed to be asked is not a yes/no question, but also asks for additional information that essentially divides US Citizens into four different classifications based upon their place of birth in a way that in the current political climate might lead even many citizens by birth to question whether there might be a hidden agenda of discriminatory intent on the part of the government behind the question:
https://www2.census.gov/library/publications/decennial/2020/operations/planned-questions-2020-acs.pdf (See: p.11)
As a citizen of the US, I consider the most important purpose of the census is to obtain an accurate count of every resident as required by the.US Constitution for the apportionment of seats in the House of Representatives.
As a genealogist, I consider the most important information future generations of genealogists will want is to have every one of their ancestors appear on the list.
The test runs indicated that if this question were to be included, a significant number of people would avoid being counted rather than answer it, and that would frustrate the whole purpose of the exercise.
I can live without seeing my ancestors’ citizenship on the census return, as long as I can learn they were there.

Such a shame not to continue the tradition about asking about immigration in our US census records. Hopefully, the 2030 census will include the question.

For approximately half a century, 75%-80% (or more) of US households have not been asked any question at all about their members’ birthplaces or citizenship in connection with the «Decennial» USCensus (the one that is conducted for the purpose of apportioning seats in the House of Representatives and that will eventually be released to the public).

Since 2000 the question has been asked of a sampling of households as a part of something called the «American Community Survey» (ACS) which, unlike the «Decennial» Census, does not try to canvass every household in the country. In addition, any personally identifiable infromation from the questionnaires is required to be kept permanently confidential and will never be released to the public at all.

The AFS is sent midway between «Decennial» censuses to a sample of between 3%-16% of households from all across the country which have been selected to be asked a series of more detailed questions on the assumption that their answers will accurately reflect the answers all the rest of the households in the country would have given if they had been asked the same questions. It works on the same principle as a public opinion survey and is used for the purpose of painting an anonymous statistical picture of the overall population of the country at large, as well as of various regions and local communities within it, for purposes of various reports the census bureau provides to assist government agencies and businesses to better forecast all kinds of public needs and make plans to deal with public demand for various goods and services.