Here is an opportunity for genealogists with knowledge of DNA to help solve a kidnapping “cold case.”

“Sherri Papini claims she was abducted on November 2, 2016, while out jogging a mile from her home in Redding, California. Papini was 34 years old at the time. She was found three weeks later on Thanksgiving Day, November 24, having been freed by her putative captors at 4:30 that morning still wearing restraints, on the side of County Road 17 near Interstate 5 in Yolo County, about 150 miles (240 km) south of where she was kidnapped. 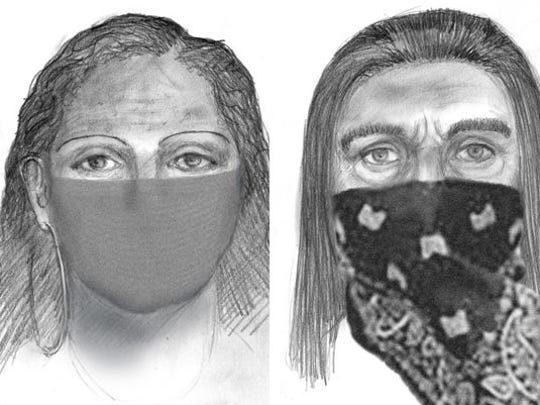 An FBI sketch of the kidnapping perpetrators

“The case garnered major media attention, with national law enforcement experts reporting doubts or otherwise baffled as to the unlikely details and inconsistencies of the reported abduction, while no arrests have been made and authorities report the investigation is ongoing.”

You can read more at https://en.wikipedia.org/wiki/Kidnapping_of_Sherri_Papini as well as in dozens of other stories by starting at: https://duckduckgo.com/?q=%22Sherri+Papini%22+kidnapping&t=brave&ia=web.

After Papini turned up on Thanksgiving Day 2016, authorities said they found male DNA on her clothes and female DNA on her body. They ran both profiles through the FBI’s Combined DNA Index System (CODIS) in 2017 but found no matches, according to sheriff’s Lt. Brian Jackson.

Investigators could be limiting themselves to a relatively small pool of matches by relying on the CODIS system rather than a newer tool. Genetic genealogy websites, typically marketed toward ancestry fans and family-tree makers, have emerged as a way for law-enforcement officials to cast a wider net of DNA searches, according to University of Illinois-Chicago forensic scientist Ashley Hall.

It is possible that law enforcement authorities have already attempted to use genealogy DNA databases in an attempt to identify the perpetrators. If so, the authorities haven’t mentioned any such attempts. However, one hundred or more genealogy DNA experts looking at database(s) that are being updated daily with new information probably can find information that law enforcement agents never found.

You can read more in an article by Matt Brannon in the Redding Record Searchlight web site at: http://bit.ly/33gJQH9.