The following announcement was written by Vivid-Pix:

Vivid-Pix RESTORE Before & After Photo

END_OF_DOCUMENT_TOKEN_TO_BE_REPLACED

Show me a genealogist who isn’t interested in marriage records. I bet you cannot find one!

Here is a special offer from MyHeritage (the sponsor of this newsletter) that probably will interest you:

You probably will also want to check out the new MyHeritage In Color™ tool at https://www.myheritage.com/incolor as lots of people are posting incredible wedding photos of their ancestors, colorized for the first time.

The Lincoln-Lancaster County Genealogical Society needs a new home in or near Lincoln, Nebraska for its 8,000-piece collection. The collection’s been housed at the Union College library for the past 30 years. But the college has decided to turn the collection space into a student tutoring center. Michael George is the genealogical society president, and he told the Lincoln Journal Star the society has until mid-March to find a new place or the collection will go into storage. The collection includes items such as a 1924 Tobias telephone directory and an index to the marriage records of Lancaster County from 1866 to 1893.

Computer-generated color enhancement of old black-and-white photographs is a technology that has been available for some time at rather high prices. Now the same technology has been made at to the public at reasonable prices. That’s reasonable as in FREE.

Yes, that’s right. MyHeritage is offering to create COLOR COPIES of your black-and-white photographs at no charge. Best of all, the change to color is done automatically by computer software. I do not know of any other online genealogy service that has a similar offer.

I have tried the colorization process briefly this morning and am impressed. It allows you to do more than look at old photos — it lets you experience them, creating a deeper connection with your family history than you ever thought possible. I plan to use this process on ALL my old digitized black-and-white photographs.

END_OF_DOCUMENT_TOKEN_TO_BE_REPLACED

Who Do You Think You Are? Magazine announces Transcription Tuesday 2020

The following announcement was written by Who Do You Think You Are? Magazine, a U.K. publication that is printed in England:

Four projects have been chosen this year including projects transcribing West Midlands police records, Royal Navy service records from the First World War and German internees at a British internment camp. This year, FamilySearch are uploading a range of non-conformist registers specifically for Transcription Tuesday. Thousands of family historians took part last year and it is hoped that even more will join in this year for a global ‘transcribathon’.

END_OF_DOCUMENT_TOKEN_TO_BE_REPLACED

Armenian Genocide Museum-Institute to Create Database of Victims and Survivors

Reminder: This is a PLANNED project. It is not yet available.

The following is from an email message sent to many RootsWeb users from the RootsWeb administrators:

END_OF_DOCUMENT_TOKEN_TO_BE_REPLACED

The following announcement was written by Genealogy Guys (George G. Morgan and Drew Smith) and Vivid-Pix:

The two companies partnered in 2019 to create the Unsung Heroes Award. The award acknowledges and celebrates those members of the genealogy community who digitize or index photos and other documents of value to genealogical researchers. The Unsung Heroes Awards is an awards program designed to recognize its recipients in four categories: individuals, genealogical/historical societies, libraries/archives, and young people. You can even nominate yourself!

END_OF_DOCUMENT_TOKEN_TO_BE_REPLACED

If you have ancestors in or near Dallas, Texas, you need to read this story. It seems that Christine Sharbrough, the archivist and historian who manages the downtown library’s Dallas History & Archives Division, recently made a major discovery.

“A few days ago I got an email from Christine Sharbrough, the archivist and historian who manages the downtown library’s Dallas History & Archives Division. It read: ‘Just thought I’d drop you a note and let you know that the Oakland Cemetery records are at DPL (and on my floor).’ She didn’t say how small or how vast the collection, only that 127 years’ worth of Dallas history – scattered for decades across warehouses and garages and the cemetery’s storage shed – was in her possession. 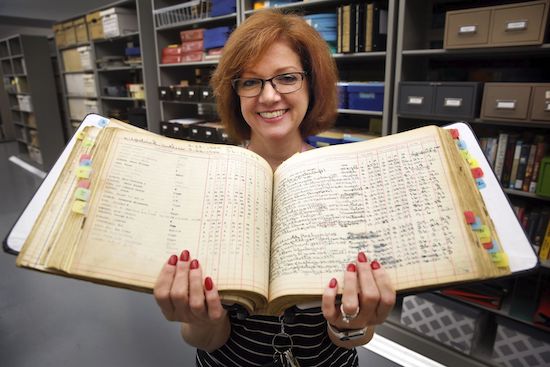 “This is how I came to spend a few hours Wednesday thumbing through file drawers stuffed with pink interment cards bearing the names of men and women and children — and pets — buried in the South Dallas cemetery that opened its gates in 1892.

END_OF_DOCUMENT_TOKEN_TO_BE_REPLACED

The State Archives of North Carolina is Looking for Transcribers

The following is an announcement from the State Archives of North Carolina:

TranscribeNC, the crowd sourced transcription program by the State Archives of North Carolina, has reached a milestone. Over the last six months, over 100 volunteers have dedicated their time to complete over 1600 page edits. The local draft board project will close on November 30. You still have a chance to make history!

If you or someone you know is interested in keeping some of NC’s important stories alive, please go to https://fromthepage.com/ncdcr-ncarchives for more information.

I suspect most genealogists believe a census should be 100% accurate and also should include all residents being counted. The following is an extract from the American Library Association’s Blog:

On Nov. 4, 2019, the American Library Association (ALA) announced the Library Census Equity Fund. ALA will provide 25 libraries with $2,000 mini-grants to bolster their service to hard-to-count communities and help achieve a complete count in the 2020 Census. Applications are due by November 22, 2019.

Historically, certain groups of people have been undercounted disproportionately by the decennial census. Traditionally undercounted populations include young children, American Indians and Alaska Natives, people experiencing homelessness, and people of color, among others. In the 2020 Census, which will have a new online response option, people who lack internet access or online skills may also be at risk of being undercounted. (To learn more, see ALA’s Libraries’ Guide to the 2020 Census.)

END_OF_DOCUMENT_TOKEN_TO_BE_REPLACED

The following announcement was written by the American Society of Genealogists:

To Denise Cross of Berlin, Massachusetts, for her article “Uniting the Identity of Samuel Fletcher of New York and Vermont.”

To Candace Marx of Norridge, Illinois, for her article “A Luxembourger Family Comes to America: The Wagners of Aurora, Illinois.”

END_OF_DOCUMENT_TOKEN_TO_BE_REPLACED

The following announcement was written by the American Society of Genealogists

On rare occasions the American Society of Genealogists awards a Certificate of Appreciation to an individual or organization in recognition of extraordinary contributions to the discipline of genealogy. At its Annual Meeting November 2, 2019, the Society awarded a Certificate of Appreciation to David Rencher, A.G., C.G., Chief Genealogical Officer of FamilySearch and, from 1999 to 2002 and again since 2018, Director of the Family History Library, in recognition of his vigorous and visionary efforts to serve the aims of scholarly genealogy at the Family History Library and at FamilySearch.

END_OF_DOCUMENT_TOKEN_TO_BE_REPLACED

(Full Disclosure: MyHeritage is the sponsor of this newsletter.) 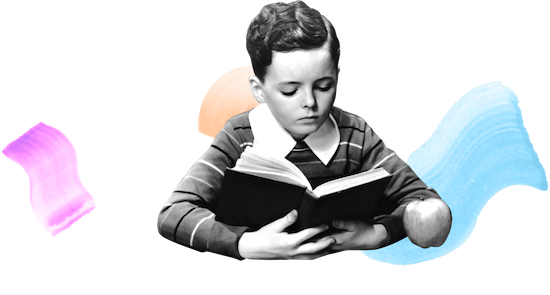 Available in English, German, Dutch, French, Swedish, and Norwegian, MyHeritage Education offers a wealth of material to help you learn about every facet of MyHeritage. The content includes articles, how-to videos, and webinars covering a wide variety of topics, as well as plenty of tips for everyone, from beginner family history enthusiasts to seasoned genealogists.

I’m pleased to share our first monthly update from MyHeritage Education! I hope that you’ll find it useful and enjoy receiving updates on all of the new material we publish each month.

END_OF_DOCUMENT_TOKEN_TO_BE_REPLACED

October 29, 2019—Boston, Massachusetts—On Thursday evening, October 24, 2019, New England Historic Genealogical Society (NEHGS)—known to many as American Ancestors—honored one of the nation’s leading historians and most popular authors, Joseph J. Ellis, with its coveted NEHGS Lifetime Achievement Award. Ellis is the author of many acclaimed works of American history including Founding Brothers: The Revolutionary Generation, which was awarded the Pulitzer Prize, and American Sphinx: The Character of Thomas Jefferson, which won the National Book Award.

END_OF_DOCUMENT_TOKEN_TO_BE_REPLACED

23andMe just added a third purchasing option for those who want a little bit more.

END_OF_DOCUMENT_TOKEN_TO_BE_REPLACED

This isn’t exactly a genealogy article but visiting the Gilmore Car Museum will undoubtedly give you a better appreciation of the automobiles your ancestors may have driven.

Thanks to newsletter reader Roger Moffat’s kind invitation, I had a chance to visit the Gilmore Car Museum 5 years ago and can tell you it is certainly worth the visit. If you have an interest in antique automobiles, a visit is certain a worthwhile experience. If you cannot visit in person, you will soon be able to visit virtually at the Western Michigan University’s digital collections online.

The following is the announcement:

END_OF_DOCUMENT_TOKEN_TO_BE_REPLACED

Ancestry.com as its chief revenue officer. In the announcement, Linton’s mandate is described as “… to grow the company and he will be responsible for marketing and product.”

The announcement also gives a clue to Ancestry.com’s business plans: “…as the company expands from its genealogy roots into its genetic DNA offerings.”

You can read the full announcement at: https://tinyurl.com/eogn190926.

[SALT LAKE CITY, UTAH, September 19, 2019] – Legacy Tree Genealogists, the world’s leading genealogy research firm, announced today the launch of a new service—45-minute, virtual one-on-one consultations with a professional genealogist. At only 100 USD, these consultations provide users with a cost-effective resource to have their research questions answered in real-time by a professional genealogist, from the comfort of their own home.

Users have the option to schedule either a DNA Consultation with a genetic genealogist who can explain their DNA test results, or a Genealogy Consultation with access to one of their worldwide researchers with expertise in regions around the globe, including England, Ireland, Scotland, and Australia.

END_OF_DOCUMENT_TOKEN_TO_BE_REPLACED

The following announcement was written by the New England Historic Genealogical Society:

September 12, 2019—Boston, Massachusetts—Bruegger’s Bagels co-founder Nordahl Brue and his wife Suzanne Brue have made a gift of $1.5 million to New England Historic Genealogical Society (NEHGS) to endow the creation of a family history learning center where visitors from all backgrounds can learn more about their ancestry.

New England Historic Genealogical Society (NEHGS)—known online as American Ancestors to millions of users—is the nation’s oldest and largest genealogical society. The gift will endow the creation of a new Brue Family Learning Center as part of a campus expansion program to introduce family and local history to wider audiences. It will also fund the creation of unique program content in family history for the organization’s online and special events offerings. This gift follows American Ancestors and NEHGS’s successful $62.5 million capital campaign and its acquisition of an adjacent building at 97 Newbury Street, into which its facilities will soon expand.